Pashupatinath is the holiest Hindu pilgrimage destination in Nepal. There are linga images of Shiva along with statues, shrines, and temples dedicated to other deities in the complex. A temple dedicated to Shiva existed at this site in AD 879. However, the present temple was built by King Bhupatindra Malla in 1697. A gold-plated roof, silver doors, and woodcarvings of the finest quality decorate the pagoda construction. Guheswari Temple, restored in AD 1653, represents the female "force". It is dedicated to Satidevi, Shiva's first wife, who gave up her life in the flames of her father's fire ritual.

A circuit of the Pashupati area takes visitors past a sixth-century statue of the Buddha, an eighth-century statue of Brahma the creator and numerous other temples. Some other places to visit are Rajrajeswari Temple, built in 1407, Kailas with lingas more than 1,400 years old, Gorakhnath temple, and the courtyard of Biswarup. There are rows of Shiva shrines and Hindu pilgrims from all over South Asia offer worship to Shiva, the Lord of Destruction.

The Bagmati River flows close by and the Arya Ghat cremation grounds are here. We strongly advise photographers not to take photos of cremations and of bereaved families. Sadhus, sages who follow the lifestyle of Shiva, may be seen covered in ashes and loin-cloths. They ask for money in case you want to take their photos. The main Pashupatinath courtyard may be entered by those of Hindu faith only.

Bouddhanath is among the largest stupas in South Asia, and it has become the focal point of Tibetan Buddhism in Nepal. The white mound looms thirty-six meters overhead. The stupa is located on the ancient trade route to Tibet, and Tibetan merchants rested and offered prayers here for many centuries.

When refugees entered Nepal from Tibet in the 1950s, many of them decided to live around Bouddhanath. They established many gompas, and the "Little Tibet" of Nepal was born. This "Little Tibet" is still the best place in the Valley to observe Tibetan lifestyle. Monks walk about in maroon robes. Tibetans walk with prayer wheels in their hands, and the rituals of prostration are presented to the Buddha as worshippers circumambulate the stupa on their hands and knees, bowing down to their lord.

Many people believe that Bouddhanath was constructed in the fifth century, but definite proof is lacking. The stupa is said to entomb the remains of a Kasyap sage who is venerable both to Buddhists and Hindus. One legend has it that a woman requested a Valley king for the donation of ground required to build a stupa. She said she needed land covered by one buffalo's skin and her wish was granted by the King. She cut a buffalo skin into thin strips and circled off a fairly large clearing. The king had no choice but to give her the land.

Day Tours | What to carry

The day tours are the ones where you have to worry the least about what to carry. However, some information is always helpful. 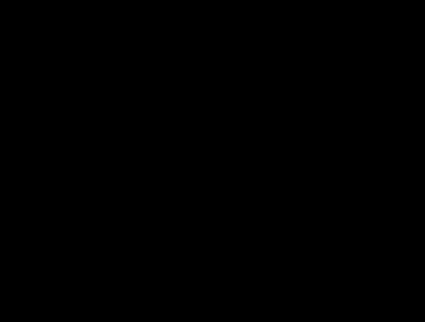 pay what you think it is worth per person

Its BACK! Learn to cook like a local on this highly-rated cooking course in Kathmandu, Nepal. With rave reviews on TripAdvisor, it is a must do if you have three hours to spare in Kathmandu. Book your spot today!

7Days
Kathmandu Inside Out

A multi-activity experience in the Kathmandu valley that highlights hiking and deep cultural immersion. A sort of a 'best of Kathmandu valley' tour. Great as an introduction to Nepal. All activities are at the soft end of adventure travel.

This mountain biking experience will leave you wanting more, as you enjoy the trails in the southern part of Kathmandu Valley.

A hike through the Shivapuri Forest to the Nagi Gompa nunnery, where we enjoy the humble lunch prepared by the Nuns.